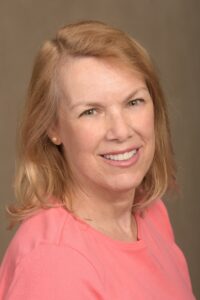 “To teach is to touch a life forever” Dr. Maureen Loudin lived that quote every day of the 64 years she spent on this earth. After a two-and-a-half-year battle with ovarian cancer, Dr. Maureen (Sullivan) Loudin passed away peacefully in her Chagrin Falls, OH home in her sleep on the morning of September 18th, 2021 surrounded by her husband of 40 years, David; daughter, Nicole; and son, Michael. She is survived by her immediate family; step-daughter, Crista Loudin; daughter-in-law Casey Graham; granddaughters, Alexandra and Mackenzie Graham-Loudin; sister, Kathy Evans; and brothers, Jack Sullivan, Bill Sullivan, and Tim Sullivan, along with numerous nieces, nephews, and extended family.

She has been preceded into death by her parents, Milford and Jeanette Sullivan and sister, Patricia Cheney.

Throughout her life the Constable, NY., native was blessed with an abundance of joy and that showed in everything she did. She often said, “Love what you do, be kind to people and leave the world a better place than you found it.” And that’s exactly how she lived her life.

Maureen loved children and keenly aware of the great influence her teachers had on her life, decided to pursue a career in education. For ten years, she was an early childhood teacher and during that time, as her own children Nicole and Mike were in elementary school, she discovered the great need for more and better teachers during this critical time in a child’s development. This realization led her to a Master’s Degree and later a Doctorate in Education, specializing in teaching children to read and integrating reading into any subject area. While teaching undergraduate and graduate level courses at Baldwin Wallace University for over 20 years she loved her time in the classroom. But the real payoff for her was when a former student came back and told her, “I can’t thank you enough… you changed my life.”

At home education was a focus too and according to her husband, David, “Maureen was the Kool-Aid Mom, but with books and love” Between the two of them, they never missed one of the kids’ games. It was so important for Maureen that Nicole and Mike have full time love and support. Dave says, “Watching Maureen go after her dream of a PhD and yet never make the kids feel slighted in the least was an impressive feat. I am still not sure how she accomplished it!”

Maureen was stubborn in the best of ways, driven, passionate, and genuine. She always thought she could do more. When she was diagnosed with stage four ovarian cancer in February of 2019, she had only a 20% chance of living another year. But Maureen had dreamed of being a Nana and wanted to be around for as long as possible for her new grandkids, Alex and Mack… to hold them, spoil them and love them! Through the rounds of chemo and all the ups and downs of someone living with cancer, she was there. She saw Alex walk, then talk, then know her Nana. She met Mack, then held Mack and on and on. When she was with them you could see the light in her eyes and somehow everything was all right again. Each milestone was motivation to fight on, just a little while longer.

Even though she lost that fight, she showed why her loved ones believed Maureen is the strongest woman they have ever known. As hospice was called in and the end was near, Maureen refused to be angry, and she refused to talk about “fair”. She didn’t want to leave the world that way. She was grateful for the time she had, proud of all the lives she had impacted, and had no regrets.

Her final wishes were to be cremated through the Heritage Cremation Society and to request donations be made in her memory to the Cleveland Clinic Cancer Research programs https://give.ccf.org/MaureenLoudin. At a future time a celebration of life will be held in the Cleveland, Ohio area. And now Maureen, may choruses of angels, singing anthems of joy, lift you up into the warm glow of morning in the Eternal Hereafter. Godspeed and know that you were loved and that your life truly made a difference!