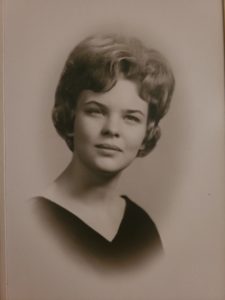 Donna Oplinger, age 71, passed away May 30th, 2021 at Mercy Hospital in Canton, Ohio after a brief illness. Donna was born November 27th, 1949 in Waynesburg, PA to Julius and Bena (Juliani) Branisel. She was a 1967 graduate of Carmichael Area High School and attended cosmetology school immediately following graduation. On September 26th, 1970, she married Leslie C. Oplinger. They shared 41 years of marriage before he preceded her in death in February 2012. They spent their lives residing in the Carmichaels area for most of their marriage, then relocated to New Philadelphia, Ohio upon Leslie’s retirement.

Donna enjoyed many years of doing hair for family, friends, and neighbors, operating a salon in her home for a time. She enjoyed sewing and quilting, making clothes and dolls for her 3 daughters when they were little, and making and gifting quilts in her later years. She and Leslie enjoyed road trips to such interesting places as Williamsburg, VA; Pigeon Forge, TN; and Savannah, GA; among many others.

Donna was a dedicated woman of faith and was baptized as one of Jehovah’s Witnesses on April 1st, 1981. She was originally a member of the Carmichaels, PA congregation and, more recently, the New Philadelphia, Ohio congregation. One of her favorite scriptures, Rev 21:4, relays the comforting prophecy, “he will wipe out every tear from their eyes, and death will be no more.” This brought Donna particular solace in the years following Leslie’s death. Wanting to share it with others, she framed and displayed that scripture to bring hope during the Covid pandemic.

Condolences and special memories can be shared with the family online at https://www.heritagecremationsociety.com/