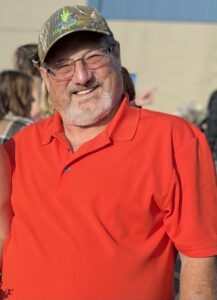 Donald “Donnie” Gene Miller, 75, of Apple Creek, Ohio, passed away unexpectedly, Tuesday, November 15, 2022 at his home. A celebration of life will be held from 1:00 to 7:00 pm, on Saturday, November 26, 2022, at the Apple Creek American Legion. The family invites you to come share stories of a life well lived with prayer and eulogy delivered by his nephew Robbie Stanford.

Donnie was born, October 24, 1947, in Wooster, Ohio to Harry and Irene (Langguth) Miller. He graduated from Triway High School in 1968. He proudly served his country in the US Army in Vietnam. On May 28, 1971, he married the love of his life Vickie Stanford in Wooster, Ohio. He was retired from Smetzer Tire and previously employed at Birdwell, Haliburton and Volvo.

Donnie served on the board for Apple Creek Youth Baseball and coached for the baseball team, the Pirates with Pete Morris. He actively served his community as a member of the Apple Creek Civic Improvement. He was honored as Apple Creek Citizen of the Year in 2008. He enjoyed watching his children and grandchildren’s sports and actives as a Golden Bear (OH) and Pioneer (PA) fan. Everyone knew not to bother him on a fall Sunday afternoon because he’d be cheering on his Cleveland Browns. Over the years he loved spending the day on the lake as captain of his boat. What we will remember most about him is his laughter and how he loved watching comedies with his children and grandchildren.