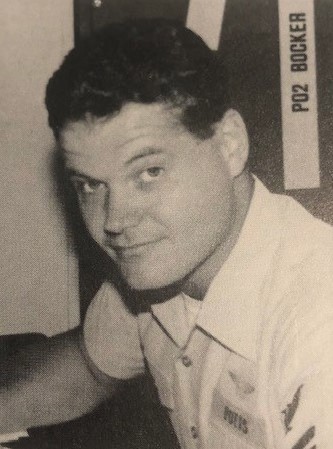 Donald “Don” Lee Potts, 64 passed away November 5, 2020 at Louis Stokes Cleveland VA Medical Center. Don was born May 10, 1956 in Lima, Ohio to the late Larry and Frances (Rampe) Potts. He was a Lima Central Catholic graduate class of 1974. Don made the people of his hometown very proud when he enlisted in the Navy January 15, 1976 and shipped off to Great Lakes, IL for Recruit Training. He always liked to say he traveled the world and sailed the seven seas during his Navy career. One of the highlights of his career were the years he served as a SERE trainer at NAS North Island, CA. He received an Excellence Award for his advanced SERE training skills. Don retired as a Chief Petty Officer at NAS Jacksonville, FL on July 31, 1997 and traveled to see family and friends all over the country. He was an avid Los Angeles Chargers and Ohio State fan. After retirement, Don settled in the Ft. Lauderdale area to be close to family and friends. As family and friends migrated to other areas, he moved to the top of a mountain in Black Mountain, NC and spent his final years close the water again in Port Clinton, OH.

Don enjoyed making memories with his family and friends. He was a kind, gentle soul who loved life, lived it with integrity and an enduring affection for everyone around him. He had a knack for making people in his presence, whether they be an old friend or a new acquaintance, comfortable right off the bat. He truly cared and stayed in touch with most all the friends he made throughout his lifetime.

Don is survived by his five siblings, Dory Miller, Ronald Potts, Geri Gabrielsen, Richard Potts and Greg Potts and many nieces, nephews, and friends near and far.

A celebration of Don’s life will take place at a later date due to COVID-19 restrictions. For now, to honor his life, make someone laugh and hug your family.