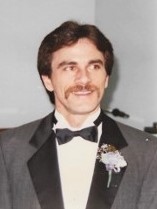 Don passed away suddenly September 19th, 2021, at the age of 60. He was born in Massillon Ohio on December 24th, 1960, to the late Phyllis Noyes and Don Crites. Don was a Veteran of the United States Army. He is preceded in death by brother, Mark Nutter. Don is survived by his four sisters, Pauline Dacosta, Julie Cicchetti, Kay (Dwight) Soule, Martha (Andy) Crites (Andy); son, Donald (Donovan) Crites; grandson, DJ; longtime friend, Nancy Reishman; multiple nieces and nephews. He will be dearly missed.

There will be no services at this time. The family will gather for a celebration of his life at a future date.