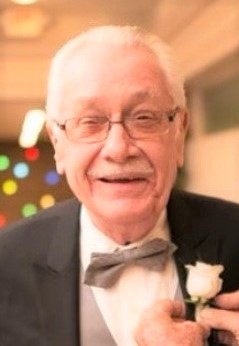 David R. Decker of Malvern died peacefully at home April 24th, 2021 after a long illness at the age of 82. David was born in Canton, OH on January 15th, 1939 to the late Arthur and Helen Decker. He was a veteran of the U.S. Army, a Brown Township Trustee for 20 years, and retired from Timken Company after 33 years. In David’s free time he enjoyed being at Lake Mohawk with his wife, children, and grandchildren doing watersports. One of his famous hobbies was collecting classic cars and attending car shows. David and his wife enjoyed vacationing on cruise ships to many different islands and places around the world.

In addition to his parents, David is preceded in death by a son, Douglas R. Decker.

There will be no formal calling hours upon David’s wishes. In lieu of flowers, memorial contributions may be made to the Friendship Center, 100 Kensington Rd., Carrollton, OH 44615. Condolences and special memories can be shared with the family online at www.heritagecremationsociety.com