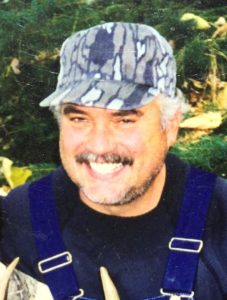 David Allen Boser, age 65 of Canal Fulton, Ohio went home to be with our Lord on February 1, 2020, while surrounded by his family, following an extended illness. He was a Northwest graduate of ‘73.  David loved hunting, fishing, spending time outdoors, football and baseball. He probably could have played in the minors. His Canada fishing stories were epic. He took great pride in raising a garden every year, when the weather cooperated. He was quite skilled at canning foods. He enjoyed cooking, making homemade spaghetti sauce, bread and pizza. He enjoyed reading Allan Eckert books. He had an infectious sense of humor, his laugh roared in a crowd. In the 90s, he worked for Newburg and South Shore Railroad. David was a skilled welder and had a successful business, able to weld bridges and train tracks.  David was a mentor to many. President of Crystal Springs Archery Club. He became ill in May of 2010, when his appendix burst, taking him very close to death. After months, a true miracle happened – his kidneys came back on a Sunday. David regained his faith in the Lord and was baptized shortly thereafter. He was extremely proud of his Discipleship Achievement. He was a devout Christian, and nothing could challenge that. Above all, he was an amazing father. Loved by many.

He is preceded in death by his parents, Lyle and Esther Boser, and brother, RMCM, USCG Duane Boser.

Condolences and special memories can be shared with the family online at https://www.heritagecremationsociety.com/