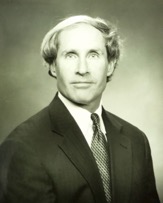 David A. Gardner, age 70, passed away peacefully on November 11, 2019 after a short illness. He was a resident of Jackson Township. After graduating from Culver Summer Naval School (‘66), from Fairless High School (‘67) and from Ohio Wesleyan University (‘71), he served in the Air Force for two years during the Vietnam War. He met his wife Susie Rinehart (of Upper Arlington) at Ohio Wesleyan. On August 30, 2019, they celebrated 48 years of marriage. David started working for Nickles Bakery part-time in 1967 and full-time in 1971. His grandfather, Alfred Nickles, a Swiss immigrant, founded the company in 1909. David succeeded Ernest Nickles and his father, David E. Gardner, as President and CEO of their family business in January 1999. He will be remembered for his work ethic, and for his management style based on fairness and moral code.

David was most proud of his children, Christian and Molly, who both became Division I athletes at the outstanding academic institutions of Wake Forest and at Vanderbilt, respectively. He very much admired their careers in business and their love and adoration of their own children.

The love of his life was his wife Susie. Their hobbies included watching sports, gardening and maintaining their landscaping, antiquing, supporting the Jackson School for the Arts, and being with their five grandchildren.

He thought of his daughter-in-law Missy and his son-in-law Andre as his own children, and thoroughly loved being with them.

He was a member of Brookside Country Club for 23 years. He served on the Nickles Bakery Board of Directors for 26 years. He was the Chairman of the Long Company, a cooperative of independent and national companies for 20 years.