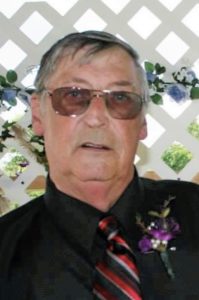 Barberton Hospital.  He was born on September 30, 1948 to Kelly and Geraldine Sizemore in Shirley, West Virginia.   Darrell attended Sherman Elementary, graduated from Norton High School in 1967 and went into the Air Force.  He worked for Wadsworth and Rittman police departments, eventually retiring from The City of Norton as their Street Department foreman.  In his retirement, he took part-time jobs with Thomas Limousine and Akron Auto Auction.  Darrell was an exuberant Indians and Browns fan, rarely missing a game.

He is preceded in death by his parents, Geraldine (John) Litton and Kelly (Alice) Sizemore and wife, Kathleen Sizemore.

A Celebration of Life will be held on Saturday, September 12, 2020 from 3-6 pm at the Gene Daniel Community Center, 470 Park Dr., Doylestown, Ohio 44230. Those attending are encouraged to wear their favorite sports apparel. A private burial will be held at a later date. Condolences and special memories can be shared with the family online at https://www.heritagecremationsociety.com/