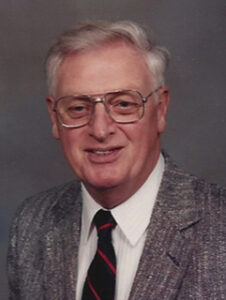 He was the husband of Martha Ann (nee Szekeres) with whom he shared 66 years of marriage.  Born in Everett, WA, he was the son of the late Daniel and Mina Berg;  brother of Rosemarie (Deane) of Quincy, Illinois and Leland (Patricia) of Marana, Arizona.

Daniel was a veteran of the Korean War, serving as a Staff Sgt. in the Air Force from 1948 to 1952.  He retired in 1984 from Republic/LTV Steel after 32 years of service.  After retiring, he worked for 12 years at Sears Hardware in Cuyahoga Falls.  He was a member of Gloria Dei Lutheran Church of Hudson, Ohio.  Daniel had a passion for automobiles and enjoyed watching the Cleveland Indians.  He also enjoyed spending time with his family, especially his grandchildren and great-grandchildren.

He is survived by his wife and four sons, Michael (Carol), Keith (Carol), Craig (Kim), Eric (Cristy), 11 grandchildren, and 9 great-grandchildren.

A memorial service will be held at 10:30 a.m. on Friday, March 15 at Gloria Dei Lutheran Church, 2113 Ravenna St. Hudson, OH 44236. In lieu of flowers, donations in his memory may be made to St. Jude Children’s Research Hospital at http://giftfunds.stjude.org/danielberg.