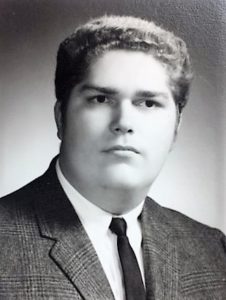 Daniel (Danny) T. Kovacsiss,  age 69 of Massillon passed away Tuesday, April 7, 2020. He was born June 9, 1950 in Massillon, to the late Steve & Anna (Kasunick) Kovacsiss. Dan worked and retired from Union Metal in 2010. He enjoyed riding his Harley back in the day and DJ’ing at local clubs around Massillon. He will be remembered as a loving brother, uncle and friend to many.

In addition to his parents, he was preceded in death by a brother, Robert S. Kovacsiss in 1998.

Danny will be cremated, and his ashes laid to rest at St Joseph’s Cemetery, in Massillon. A Memorial will be held at a later date. Condolences and special memories can be shared with the family online at https://www.heritagecremationsociety.com/