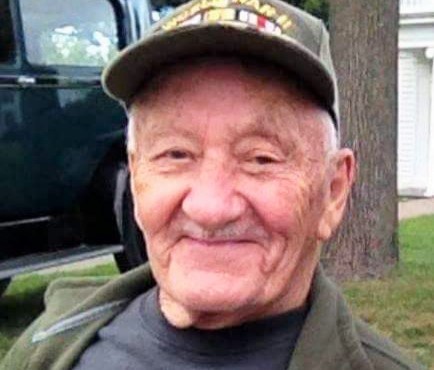 Cecil “Bud” Taylor age 93 passed away January 27th, 2021 in Berea, Ohio at the home of his granddaughter, Sara Harmon, under the care of the Hospice of the Western Reserve. Bud was born on December 27th, 1927 to Cecil and Helen (Stoll) Taylor. Bud served his country honorably in the U.S. Naval Military during World War ll in the Asiatic-Pacific Islands. Once returning to the states, he met and married his sweetheart, Honora Anne Schweitzer on June 24th, 1950 at St. Benedicts Catholic Church in Highland Park, MI.    Bud was a house painter for the Detroit and surrounding area for many years.  He retired to St. Helen, MI in 1989, where he continued making many memorable projects over his lifetime. After the passing of his loving wife in May of 2013, Bud moved to Tecumseh, MI until 2018 where he spent the last seasons of his life with his daughter, Cathleen and granddaughter, Sara who cared for him deeply.

Along with his wife and parents, Bud was preceded in death by brother-in-law, John Schweitzer and beloved son-in-law, Steve Harmon Sr.

A Celebration of Life Service will be held at a future date. Heritage Cremation Society is honored to have served the family of Cecil “Bud” Taylor. Condolences and special memories can be shared online at www.heritagecremationsociety.com