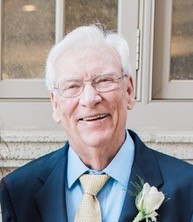 Burt K. Williams, age 96, passed away peacefully January 30, 2021. Burt was born and raised in Mt. Carmel, PA and was a graduate of Mt. Carmel HS. Upon graduation, he enlisted in the AAF and served as a Gunnery Sergeant with the 8th Air Force, 389th BG, 567thBS stationed in Norwich, England. We would like to give special recognition to the courageous men and women of the French Resistance who facilitated his safe return to England from Nazi occupied France. Burt and his late wife, Jane (Egan) were graduates of the University of Delaware. They raised their family in Hudson, where they were long time members of Christ Church Episcopal. Burt was a member of Hudson Masonic Lodge #510, a Mason for over 70 years.

Burt was proceeded in death by his wife Jane, brother Jack, and sister Letha.

A private graveside service at Markillie Cemetery will be held at a future date.