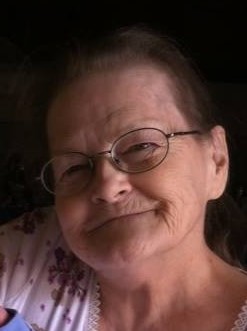 Betty Jo Lawson, wife to Ernest Lee Lawson, went to be with the Lord at Mercy Medical Center in Canton, Ohio on April 28, 2017 at the age of 67.

Betty was born in New Market, Tennessee on January 6, 1950 to Neal Smith and Nellie Mullins Smith. She was the only daughter of Neal and Nellie with five brothers. Ernest and Betty were married on May 11, 1968, which was also Neal’s birthday. They were married just shy of 49 years.

Betty was a long term employee of Kent Elastomer before she was diagnosed with small cell lung cancer in 2008. She was a loving, sweet woman who made people smile. She was loved by many. She loved her family and loved spending time with her grandchildren and great grandchildren.

She is survived by her husband Ernest and her children: Teressa Sampsel (Navarre, OH) and David Lawson (Navarre). She is also survived by 5 grandchildren: Jesse Pflug, Joshua Pflug, Shawnee Pflug, Sharyn Burns and Daniel Lawson. Two step grandchildren: LaTasha Metz (Sampsel) and Thomas Sampsel and 6 great grandchildren. She also leaves behind many nieces, nephews, sister-in-law’s and brother-in-law’s. She is preceded in death by her parents, Neal and Nellie Smith, and her brothers Kenneth, Ray Gene, Jerry and Bill. She will be greatly missed.

A celebration of Betty’s life will be held on May 27th, 2017 Starting at 12:00pm at her home located at 14998 Wynncrest Ave. SW Navarre, OH. It will be held outdoors, weather permitting. Arrangements have been made in case of rain. We will be having a covered dish cook-out. You are not required to bring anything but welcome to. Friends and Family welcome.