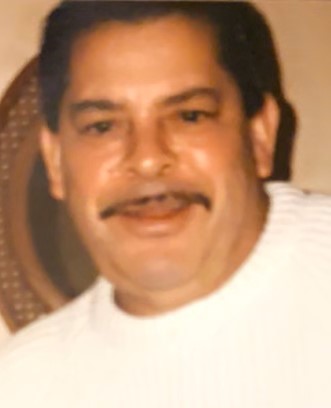 Ángel Luis Ortega, 80 years old of Parma, Ohio passed on November 6, 2021. He was born in Vega Alta, Puerto Rico on August 23, 1941, to his parents Marcelina Martínez and Eberito Ortega. He moved to Bronx, New York as a teenager and there he began working in the meat district to later become a butcher by trade. Angel loved baseball and was a dedicated Yankee’s Fan and his day was not complete if he did not watch the Price Is Right.

He is survived by his children from his first marriage with Maria Rodríguez:  Marisol (Donnie) Torres, Ángel L. (Hilda) Ortega; his children from his second marriage to Sylvia Segarra: Ángel “Luisto” Ortega, and Anthony Ortega; grandchildren, Daniel, Michael (Mayra), Alex, and Nicholas (Jessica) Torres, Brandon, Braylon, Alissa and Anthony, Alianna, and Ayden Ortega; great- grandchildren Juliany, Jazlin, Nayelis, Adrian, Iyamee, and Miamara Torres. He was loved and will be greatly missed by all that knew him.

Graveside Service will be held for Angel Luis Ortega on Friday, November 12th, 2021, at Riverside Cemetery, 3607 Pearl Road, Cleveland, OH 44129 at 2:00 pm. If you plan on attending, upon arrival park at entrance surrounding Red historical building. Family will be there at 1:30 pm.