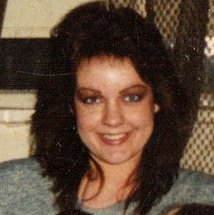 Andrea is remembered as a loving mother with an indomitable spirit. One of her strongest legacies was her perseverance in the face of adversity. Her courage and resiliency continue to inspire those who loved her and will continue to do so forever. Andrea was an animal lover who took in any stray that found its way to her. She had a great love for animals, with her favorite saint being Saint Francis of Assisi, the patron saint of animals. She also held a passion for primitive antiques, which led her to work at Seville Antiques and to help establish Along Memory Lane Antiques.

She is survived by her husband, Douglas McIntosh, of Seville, Ohio; sons, Dylan McIntosh of Lakewood, Ohio, and Devin (Kelly) McIntosh of Ashland, Ohio; brother, Robert Barto, of Wooster, Ohio. She was especially grateful for her three grandchildren, Daegan, Donovan, and Kayla. Special thanks to her dear friends Carol Primel and Lisa Stephenson for their loving support during her final months.

In lieu of flowers, donations can be made to the Mary Grace Foundation. We are grateful for their support during our mother’s battle with cancer. A memorial service will be announced at a later date.