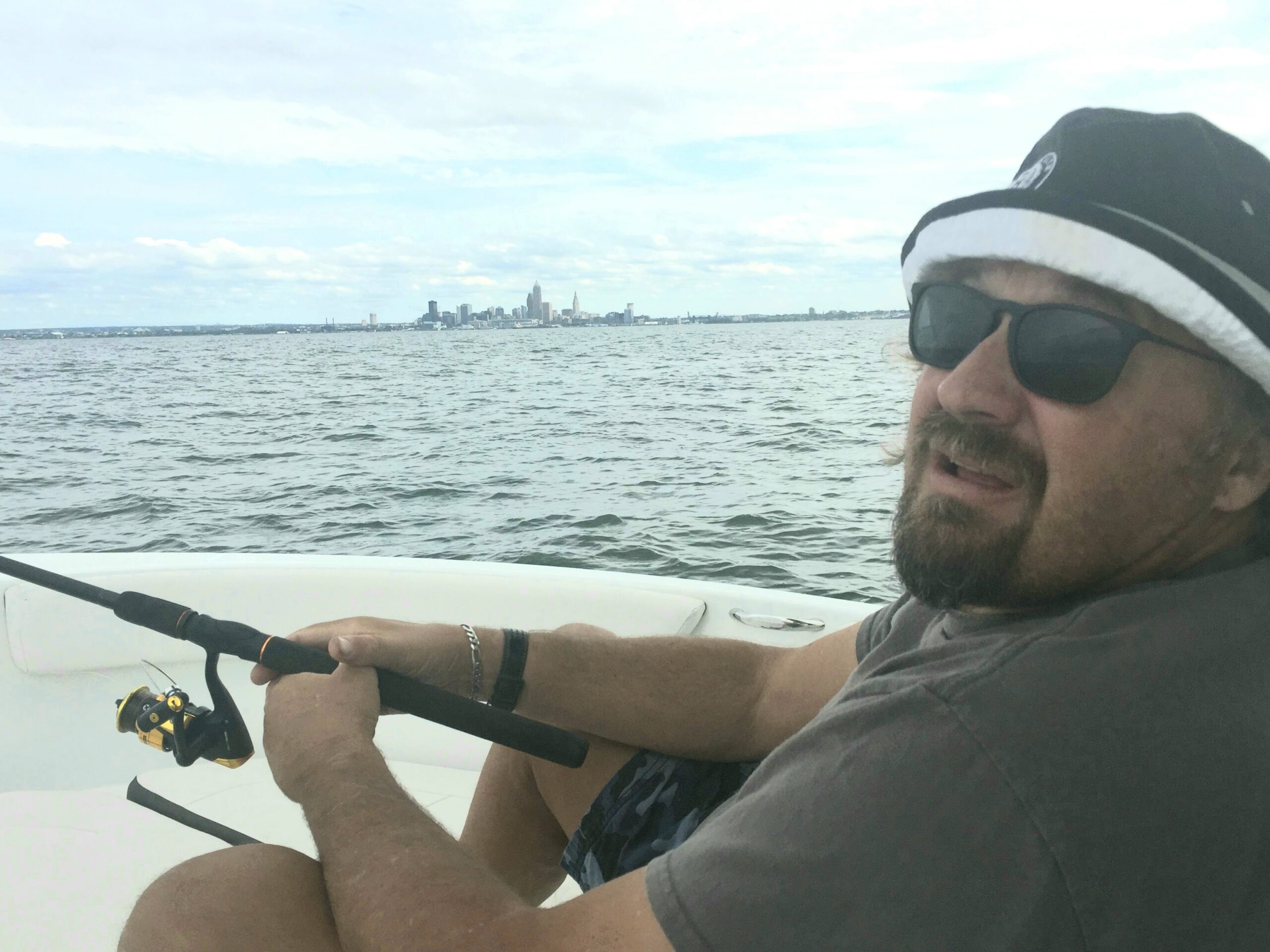 Born July 16, 1966 in Auburn Indiana, he grew up in Columbus Ohio.  Graduated from UAHS in 1985, with a football career that would follow him through college. This smiley guy would never be contained as he made his way through this life. Al was a hands-on dad, fiercely proud of Sophie Marie.  Allen reclaimed his freedom and Ultimate healing Sunday September 26th, surrounded by family and friends.

Never a fan of shoes or magazine worthy grooming – Al’s fashion was an aspect of his charm.  Al enjoyed walleye fishing, boating on Lake Erie, sunshine, good food and good company, including dogs. Portable & inviting as a good boat cooler, Al could strike up a conversation with literally anyone everywhere he went. Al has left a trail of lifelong friends, from Arizona, Chicago, Cleveland, & Florida – to mention a few.

We encourage you to send a memory, story or remembrance of Allen to the email below. We are collecting memoirs for future grandchildren, so they may have a peek into what their grandpa was like.

Until we see you again, Dad, brother, & friend.