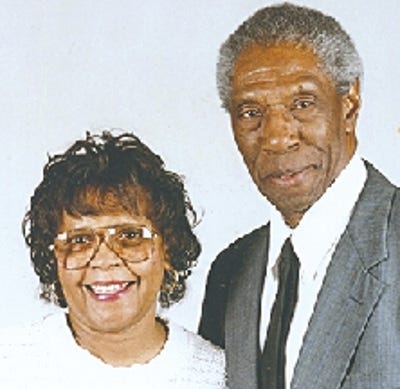 REUNITED Ali Rahim, 90, the father of Aliah Rahim, Haleemah (Ronell) Washington, and son, Wali (Betty) Rahim, passed away January 1, 2022. Mr. Rahim was born and raised in Akron Ohio, he was preceded in death by his wife of 62 years Mary Frances (Murphy) Rahim. Among other jobs Mr. Rahim worked at A. Schulman for over 17 years, Cuyahoga Hills Youth Center for over 5 years. Then opened the House of David Boys Home in Uniontown Ohio, where he retired after 20 years. Mr. Rahim lived at 29 Goodwin Ave. for 25 years where he and mom raised their children, Aliah, Haleemah and Wali Rahim. There was a very special place in Mr. Rahim’s heart for Toni, Kevin and Kim, who affectionately called him “Dude”. Mom and Dad then moved to 733 W. Market St. where they lived for over 20 years before returning to their roots at 66 W. Glenwood Ave where they lived surrounded by family and friends. A special thank you to all the aides who cared for and befriended Mr. Rahim. A very special thank you to Betty Carson Rahim, Mom and Dad’s best friend and number one caregiver. Along with his children, Mr. Rahim leaves behind to share his memories, six grandchildren and seven great-grandchildren; many nieces, nephews and a host of loving relatives and friends. Per Dad’s request, cremation has taken place and there will be no services. Condolences may be sent to 58 W. Glenwood Ave and online at www.heritagecremationsociety.com Rest In Peace Mr Rahim.