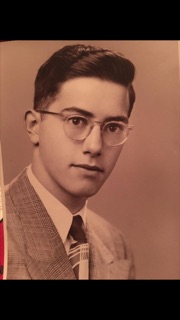 He was a retiree of LTV Steel and also from the Park Department in Massillon.

He proudly served his country in the United States Army and continued to volunteer for several organizations until his passing. He enjoyed his casino trips and was especially proud of his Italian heritage.

He is preceded in death by his beloved wife Fern Rugani, sister Deloris Serafini, and brothers Raymond and Richard Rugani.

A going home celebration will be held on Tuesday July 11, 2017 at 10 AM at the Ohio Western Reserve National Cemetery in Rittman with services and full military honors.

In lieu of flowers Albert asked that a donation be made to the Wounded Warrior Project. Condolences and special memories can be shared with the family at www.heritagecremationsociety.com.