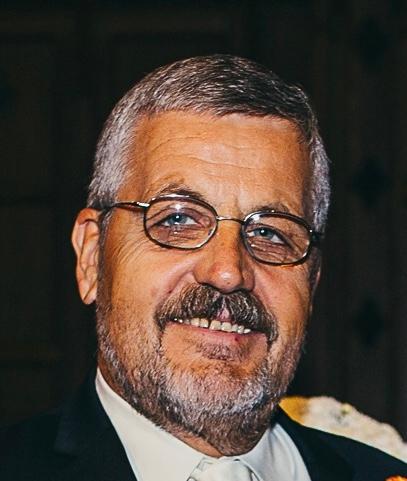 Robert is a common name. Robert Gallagher was an uncommon man. On June 24th, 2019 Bob passed away at the age of 68, after a life well lived. To say that Bob will be missed is perhaps a great understatement. He possessed a magnetism that seemed to draw people to him. This could have been problematic when working as a straddle driver at The Timken Steel Company for 31 years, but it wasn’t. Bob couldn’t go anywhere without bumping into someone he knew or making a new friend. When Bob wasn’t making new friends or visiting Burger King at 6 a.m. with his coffee crew, he could be found in his barn restoring one of his biggest loves, his Willys Jeeps. Being extremely creative and a talented woodworker, Bob also spent time making his Black Cat Primitive furniture. His most prized creation is the crib that three of his grandchildren used as babies.

Bob was a big burly, strong as an ox, break-your-wrist-shaking-your-hand man, yet was so creative, caring, thoughtful, and loved his family fiercely, especially his grandbabies and his Bren.

Pop Pop Bobby Bob was a beloved grandpa to his four grandchildren, Blake, Loralei, Charlee, and Monroe. They loved cooking, playing with Play-Doh or doing whatever activity Papa had come up with for them to do.

Despite all of his activities, the one he cherished the most was spending time with Brenda, with whom he shared an extraordinary love. Whether antiquing, going to flea markets, trips to Fenwick Island, deck movies in the summer, attending Jeep shows and cruise-ins, or floating in the pool, it didn’t matter as long as they were together.

Bob was a Vietnam War Era Army veteran and a member of USW Golden Lodge Local 1123.

Just as Bob accepted Greg into his heart years before as his own, he accepted Brenda’s children and grandchildren as his own; Ben (Melinda) Sparhawk, Loralei, Charlee, and Monroe; Bonnie Sparhawk (Nazmi Anik); Bart (Becky) Sparhawk, Blake.

He was preceded in death by his brother, Patrick (Donna) Gallagher.

A celebration of Bob’s life will be held Saturday, August 3rd from noon to 3 p.m. at Greentown Community Park. Condolences and special memories can be shared with the family online at www.heritagecremationsociety.com.