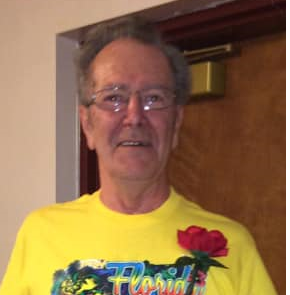 David Lee Wagner went home to be with the Lord January 25th, 2019. He was born in Canton, Ohio on June 13th, 1942, and was a lifelong resident. A member of Grace United Church of Christ, he worked to support church missions such as Habitat for Humanity, Cool project and mainly the Just In Time Food Ministry. He was an avid Elvis fan (people often called him Elvis), and was also an excellent bowler, participating in many bowling leagues. He had worked at Sugardale Provision, Superior Meats, Viking Meats, Sears Belden Village and was working for Reliable Snow Removal at time of his death.

He was preceded in death by his father, Woodrow Wilson Wagner and mother, Annabelle J. (Elsass) Wagner.

Services will be held Saturday, February 2nd 2019 at 11:00 am at Grace United Church of Christ, 2300 Cleveland Ave NW. The family will receive friends one hour prior to services at the church and following the services for food and fellowship.

In lieu of flowers the family requests donations to Grace Church or to the Just in Time Food Ministry which was such a passion of David’s to serve our community. Condolences can be shared with the family online at www.heritagecremationsociety.com.